On the evening of 22 October, the official awards ceremony of the EIMA 2020–21 Technical Innovation Contest took place at Palazzo Re Enzo in the centre of Bologna, where the awards which had already been announced in November 2020 were finally collected in person by representatives of the winning companies.

Thanks to incredible teamwork and the very high level of technological research carried out, WALVOIL and DIECI were awarded both the Technical Innovation 2020-21 Award and the Blue Award, for having developed ADAPTIVE LOAD SENSING (ALS), a system that minimises energy dispersion in the hydraulic system of telescopic handlers, considerably improving the vehicle’s efficiency and consequently achieving a reduction in wear and fuel consumption.

Davide Mesturini (Research and Development Manager WALVOIL) and Enrico Ognibene (Technical Manager DIECI) received the accolade from the president of FederUnacoma, Alessandro Malavolti, on behalf of their respective companies. A recognition worthy of the work done together, as well as a confirmation of what can be accomplished from the alliance of two outstanding companies based in Reggio Emilia.

At long last, having overcome a long period of uncertainty over the past months, the 44th edition of EIMA INTERNATIONAL took place (live!) this year from 19 to 23 October. In the words of Alessandro Malavolti, it was an edition that “exceeded all expectations”. Despite an inevitable drop in attendance due to coronavirus-related restrictions (which are still in force in a number of European countries), the event attracted over 270,000 visitors, including 25,900 from abroad, which was more than the estimated attendance of 160,000 visitors. “The statistics have proved us right,” commented Alessandro Malavolti. “For us, the 2022 edition will represent not a resumption, but rather a reconfirmation, the consecration of an event that in this most difficult year has put on an extraordinary show of strength“.

Agri Farmer 34.7 on display in the central quadrangle

There was a palpable sense of recovery, especially judging by the numerous visitors who flocked to the show’s central quadrangle to observe the Agri Farmer 34.7 used in the ALS tests. In this edition of EIMA, the main focus of attention was on the category of telehandlers which, owing to their versatility, are enjoying growing popularity among farming businesses and entrepreneurs, with 1046 new registrations between January and August this year, an increase of 87% despite the pandemic.

Thanks to the implementation of ADAPTIVE LOAD SENSING (ALS), in tests carried out on the Agri Plus, the Walvoil-Dieci Technical Team detected a decrease in energy loss of 28% during boom operations and up to 45% during vehicle manoeuvres, with a noticeable performance improvement at various travel speeds.

More energy efficiency, more productivity, greater control, customisation potential, greater safety and stability, and the possibility of modernising older vehicles: all these benefits can be obtained from the ADAPTIVE LOAD SENSING system, which has once again been validated by the prestigious awards obtained at EIMA. 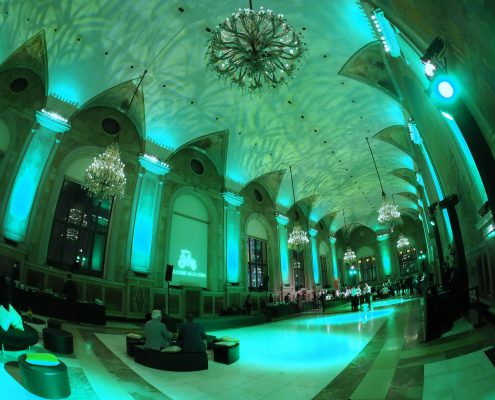 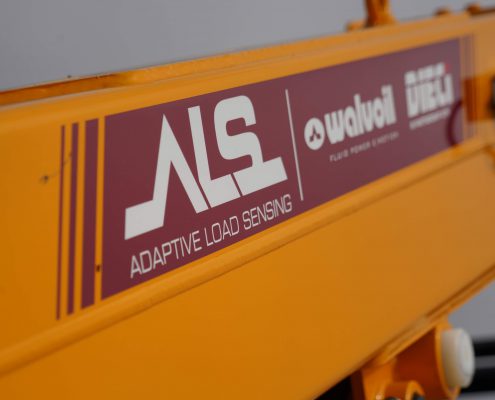 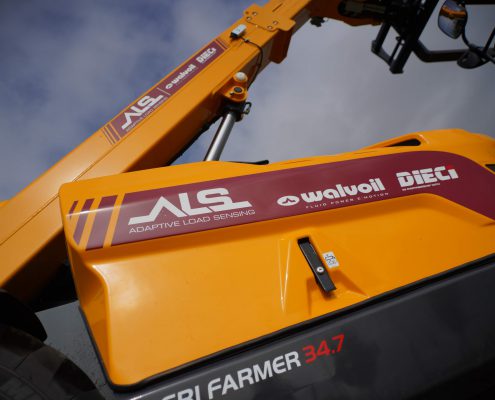 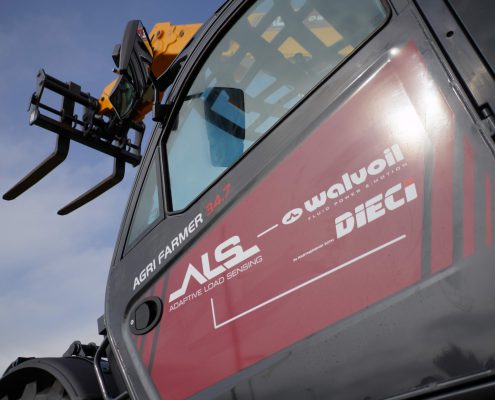 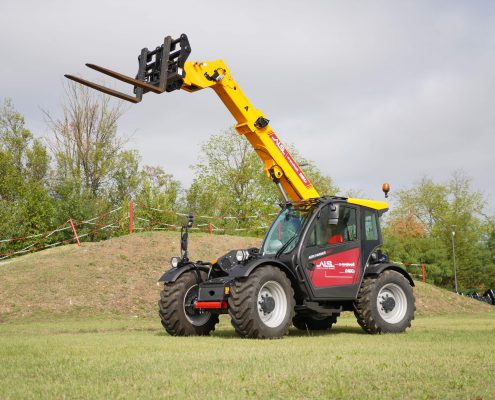