Agri Plus: the telehandler conquering Apulia

Apulia is the most industrialised region of southern Italy, a place which, through the ages, has been able to perfectly reconcile tradition, history and production with innovation and technology.

The agricultural sector has always played a major role in Apulia’s economy. One of the driving forces of the region is the great variety of crops grown there, which has knock-on benefits for other sectors, including industry, gastronomy and services.

Thanks to its agricultural biodiversity, Apulia has been able to exploit its productive capacity and variety of crops to obtain goods, resources and services.

A company that fits perfectly into this scenario is fruit and vegetable wholesaler SEM S.n.c..

SEM S.n.c.: an important resource for the Apulia region

SEM S.n.c. is located in Canosa di Puglia (BT) and specialises in the production and distribution of agricultural produce. It owns olive oil mills and wineries, where fine local wines are made.

The company is particularly busy during the productive season, which runs from July to January.

It begins with harvesting: the grape harvest takes place from July to October and depends on a series of factors such as climatic conditions, the type of grape and the wine to be produced.

From November it is time for pressing: in fact, until January the fields are still a hive of activity, as first table olives and then those for making olive oil are harvested.

During this season, operators and machinery used for harvesting fruit and handling produce work in close synergy.

The products arrive at the processing centres in large quantities and need to be stored and processed very quickly to uphold and comply with quality standards regulating the finished product, as well as to avoid damaging raw materials.

In such a hectic context, it is essential to have machinery that offers the best characteristics in terms of versatility, efficiency and reliability.

The activities carried out by an agricultural telehandler

To handle wine and oil products inside its centres, SEM S.n.c. needed a vehicle that would meet certain requirements:

These were the main reasons why SEM S.n.c. opted for the Agri Plus 40.9 VS EVO2 telehandler. Among all the models of DIECI agricultural telehandlers, this vehicle delivers the best speed-power ratio, providing excellent manoeuvrability and millimetric precision in small movements.

After the harvest season, the Agri Plus telehandler is put to work on another task, collecting, storing, sorting and loading the waste material from olive and grape production, which is used for creating by-products.

The olive waste is used to make pomace, which in turn yields exhausted pomace and pomace pits, both of which are used in biofuels, or for the production of biodegradable plastics.

Similarly, the grape residues are used to obtain grape pomace, which is sold to make alcoholic drinks, in addition to being used for biofuels and biodegradable polymers.

Technical features of the agri plus telehandler

The Agri Plus 40.9 VS EVO2 telehandler has certain characteristics that cater specifically to the agricultural sector:

This model of telehandler has a fixed boom designed to lift very heavy loads, as well as a series of features for operator comfort, including:

The combination of all these qualities makes the Agri Plus telehandler the perfect agricultural vehicle for SEM S.n.c. and all other farm operators. 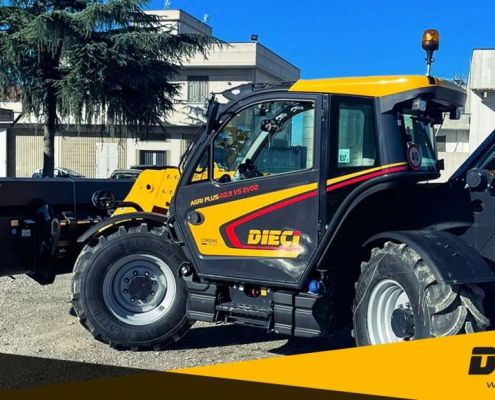 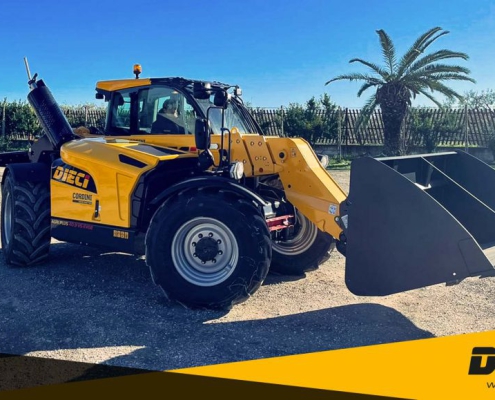 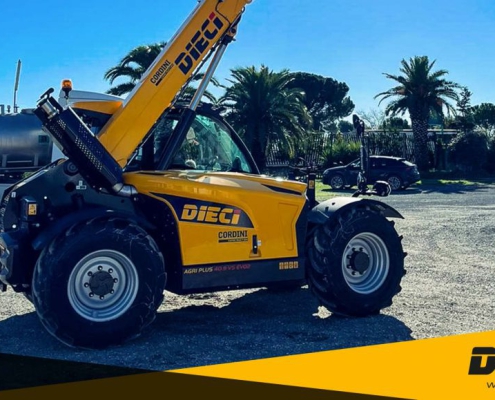 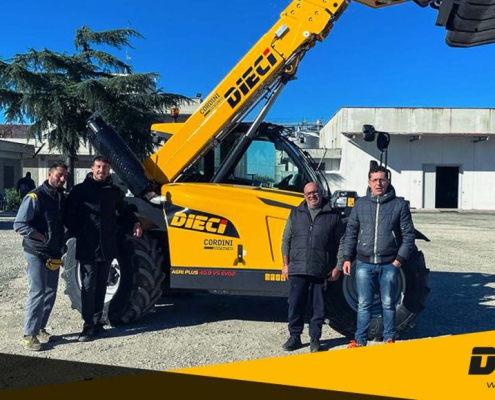