At some point in our lives, all of us, perhaps in the dead of night, has heard the wailing siren of an emergency vehicle zooming past at top speed. In Italy, most people instinctively associate this noise with an ambulance of the Croce Rossa, the Italian Red Cross (IRC): perhaps because they are a familiar presence on congested city streets and can be found in every corner of the country. As a result, Italians tend to assume that the IRC is an emergency medical care provider. And yet, the Italian Red Cross is not just an ambulance service, it is something much larger and more complex…

The International Movement of the Red Cross and Red Crescent (which is its full name) has over 12 million volunteers, making it the largest humanitarian organisation in the world. One of the various international bodies that make up the organisation is the International Committee of the Red Cross, an independent and neutral institution that protects and assists the victims of war and armed violence. It intervenes in emergency situations and works to promote respect for international humanitarian law and its integration into national legislation.
The movement also includes the International Federation of Red Cross and Red Crescent Societies, which oversees the activities of the 192 National Societies and coordinates their relief and development programmes worldwide. The National Societies themselves (including the Italian Red Cross) operate both in-country and on missions abroad.
In Italy the Red Cross operates in over 1000 locations nationwide through more than 660 territorial committees and 160,000 volunteers, forming a complex organisation with very diversified institutional activities: in addition to emergency aid, the Italian Red Cross supports the public authorities in performing services such as prevention and health education, providing support for vulnerable sections of the population, social inclusion, and education and training activities.
Furthermore, in addition to its onerous commitments connected with the COVID pandemic, the IRC (in conjunction with the fire brigade, armed forces, law enforcement agencies, health service, mountain rescue and volunteers) is an integral part of the Italian Civil Protection system, taking part in emergency interventions through search and rescue activities, mobile emergency response teams and reception camps.

Such a wide range of tasks obviously requires a vast and varied fleet of vehicles and a perfect logistics organisation: volunteers attend specialised courses in “Emergency Logistics” as well as vehicle management and maintenance.
Currently, the vehicle fleet is being expanded and improved with the acquisition of new vehicles, including a large squad of DIECI telehandlers, specifically:

Sporting elegant white and red livery, the seven telehandlers are already being employed at numerous storage depots containing material and equipment necessary for tasks, and also participate in periodic drills and exercises.

The Samson 75.10 deserves particular mention: it is destined for the Colonna Mobile Regionale Ligure, a front-line civil protection unit operating in an area with high hydrogeological risk, subject to repeated flooding and landslides. The region is predominantly mountainous with narrow, winding and often steeply sloping roads which, in the event of a natural disaster, are often blocked by landslides and debris that can delay the arrival of the emergency services.

The decision by Croce Rossa to invest in a Samson therefore makes total sense, as this compact and manoeuvrable vehicle can get around easily even on broken, flooded ground, or along the winding roads of the Ligurian hinterland. With its 103-kW power output and 7500 kg load capacity, this is a vehicle that can effectively cope with any type of situation: unblocking roads for rescue columns, assisting volunteers in setting up camps, securing goods and people, and restoring infrastructure, helped by the wide variety of available attachments including buckets, forks, log grabs, snow ploughs and turbine snow throwers, shredders, winches and much more. 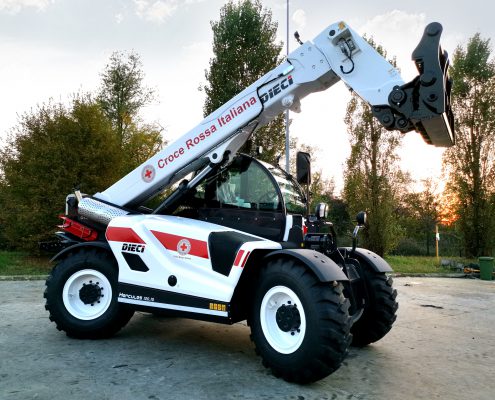 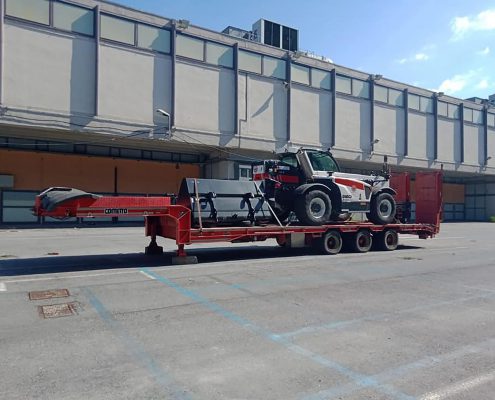 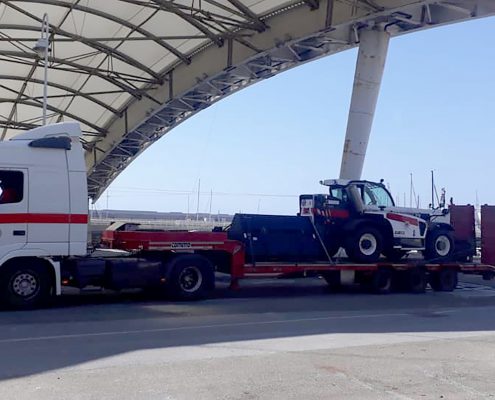 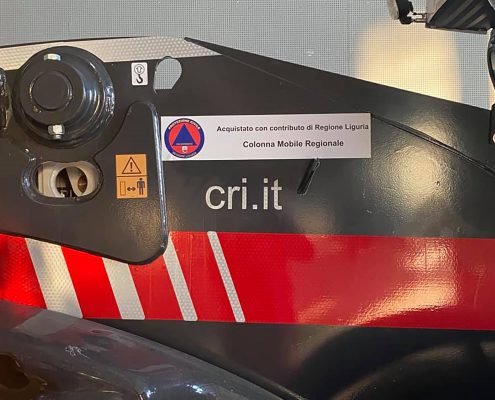 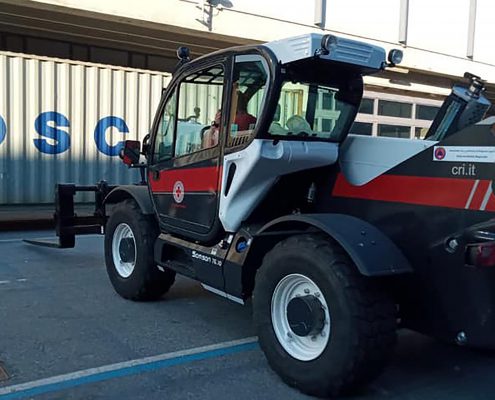 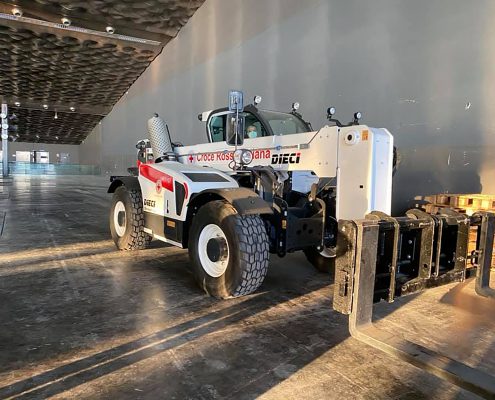